There are multiple APIs to capture the screen on Windows, like the Destkop Duplication API or the Screen Capture API.
All major browsers also implement Web Screen Capture API.
These platforms also have native as well as open source QR code scanner APIs.

The desktop app, web vault and web extension can certainly scan a QR code from a website and add it to a login, instead of having to use my phone for sites that don’t provide a backup code.

It has been 1 year, I’d really like this to be implemented now more than ever. Thanks.

I know this feature from 1Password desktop app. It is very helpful when activating 2FA for a website to be able to use Bitwarden desktop app to detect the QR-code right from the screen. Actually you have to use the Bitwarden mobile app to take a picture of the QR-code and put it in the entry.

I have almost never needed to do this, because usually there is a text key provided with the QR code when you setup TOTP. Since you are on a computer with a mouse anyways, why not just copy and paste that in to BW?

I can see this being handy for the occasion when a text key is not provided with the QR code, but I think this makes this request pretty low priority. But I get where you are coming from.

As you mentioned, some sites still don’t provide a text key (for whatever reason) and even then, the text (Base32) based secret is fundamentally different from QR code (which is based on a URI).
When you use a Base32 secret instead of a URI, your supporting account information (such as Account Provider and Account Name, for example Google/[email protected]) are not stored. The Base32 secret also does not allow for custom parameters (such as the length of the OTP, algorithm used, etc.) so it is not a strict replacement.

With a TOTP URI, Bitwarden retains this information and I can paste the stored URI into any authenticator app I want without having to manually enter any details.

A feature like this would be very useful and would improve Bitwarden’s ease of use. I think a button like the one in the screenshot below would be enough for the browser extension. 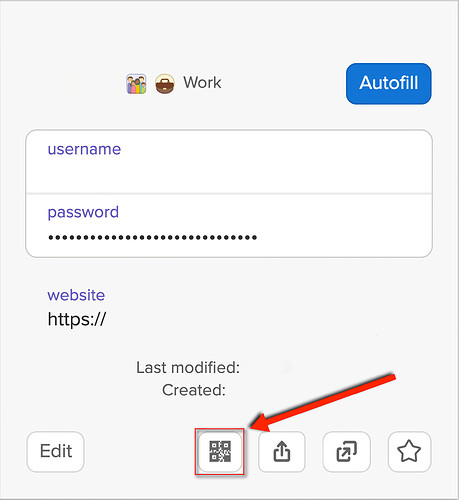 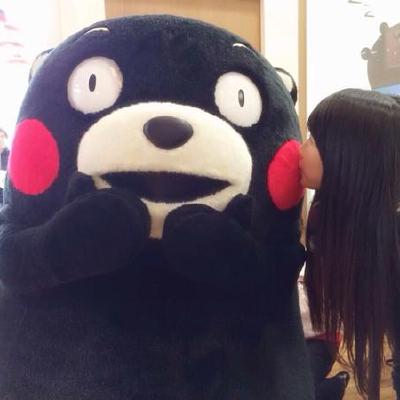 Reading QR code from webpage. Contribute to beizhedenglong/chrome-qrcode-reader development by creating an account on GitHub.

I see a number of comments asking why the QR code when the code is usually available; there are a few reasons.

I know the bitwarden team likes user stories, so here are a few.

Bill has heard about 2Factor authentication, but in the past when he has tried to enable it for his bank account he has run into dead ends. He starts the process, but then is shown a strange blocky picture and told to “enter it into his authenticator”. He doesn’t know what that is, he hasn’t had an RSA token since retiring, so maybe he can’t do it any more. But it’s a new year and Bitwarden’s security checkup has notified Bill that he can enable 2factor on MySecureBank. When he clicks for more information, Bitwarden shows how to click the Bitwarden icon, then his bank login, then the “2FA” icon. He follows the instructions on MySecureBank’s account page, and as soon as he clicks the 2FA icon in Bitwarden he sees a new “2-factor Code” under his bank account. Surprised at how easy it was, Bill goes on to enable 2-factor on his Etsy and Instagram accounts.

Greg has implemented Bitwarden enterprise for his SOC, and has been pleased with it so far. They have also begun enabling 2-factor authentication across all of their vendor accounts. Recent red teams have reported a substantial increase in security due in large part to these two measures. However, one vendor in particular only generates a single 2-factor seed per organization, which has created headaches. Whenever one of Greg’s analysts gets a new phone, they lose the seed, and generating a new one invalidates everyone else’s 2-factor codes. At the moment, their solution is to simply generate the new QR code and sync everyone’s authenticator at their weekly standup, but this runs into issues when people are out of office. Greg has considered storing the QR code on his home folder, but loathes the security ramifications.

Greg has heard that Bitwarden now can capture the QR codes, and sees a solution. He can store this (and other problematic QR codes) under a separate account within the organization which only he has access to. Whenever someone gets a new phone, he can log into that privileged account and display the QR code, allowing them to continue using the vendor. It maintains security, because multiple factors are necessary to access the QR code, none of the seed data is stored insecurely, and everyone can use 2factor.

Tom is a lawyer, and knows enough about computer security to know that it’s a problem. He has been following all of the latest advice about complex passwords, vaults, and 2-factor authentication. But he has been reading about concerns of storing 2-factor codes in the vault, and this makes sense; if someone breaks into his vault, shouldn’t the 2-factor accounts still remain safe?

He’s decided to move his 2-factor authentication to a separate app; he has heard that Google Authenticator is good, so he has installed it and opened it on his phone. He has also opened up his bitwarden web vault and pulled up his most important account account. He sees a QR icon next to his 2-factor code, so he clicks it, and Bitwarden informs him that he is about to display the secret 2factor key for this account and to ensure he is in a private location. He clicks OK, and scans the QR code in Google Authenticator, where a new entry appears with the correct icon, account name, and website name. He goes through all of his 2-factor accounts, scanning the QR codes, printing them off (to go in his physical safe), and removing the seed from each one. While Tom still does not sleep well at night-- kept up by visions of North Korean agents sneaking in, cracking his safe, and stealing his Steam 2-factor secret-- he sleeps at least a little easier.

i highly second this feature request.
I currently use GitHub - Authenticator-Extension/Authenticator: Authenticator generates 2-Step Verification codes in your browser. in my Firefox and besides being a bit old-fashioned on in the looks department it does an excellent job with almost everything you’d ever need.
As it’s license is MIT, you might even be able to adapt some of its code.

I’m also waiting for being able to scan the QR Code from the web browser (or the native app). It’s a bit painful to have to have the phone aside to set up an account…