Create a feature to sync bookmarks between different browsers, integrated with Bitwarden. Making the user free to change the browser anytime. Like Xmarks.

This would be cool to see. I guess technically you could already do this by storing a bunch of links as logins in a “bookmark” category, but a better version of that would be awesome!

This would be cool to see. I guess technically you could already do this by storing a bunch of links as logins in a “bookmark” category, but a better version of that would be awesome!

While I would love an open source bookmark sync tool, and I believe Kyle is more than capable, I would rather not see Bitwarden get overly bloated like LP has.

Hmmm! Exporting/importing bookmarks manually is a 1-2 min job, whilst implementing ability to mass-add bookmarks (if it’s doable in the first place), across multiple browsers, seems like a lot of hassle.

I actually use extension as bookmarking tool in a way. I don’t type in address, I just find entry in extension and open. Because extension works on all browsers I would use, I don’t worry about bookmarks at all - all urls are in bitwarden anyway.

If there were a down vote option, I would have down voted this. Besides exporting and importing bookmarks, there are services like Pinboard that lets you store and sync bookmark across the browsers and platforms.

Bitwarden should not be bloated with any feature that does not improve password management.

Upvoted. Recents asked bitwarden to consider this myself. Nothing to do with bloat. Bookmarks, Passwords, so similar that LastPass bought Xmarks and sells them together. Core competencies identical and Xmarks has a serious user base (myself included) that absolutely love it when it works. Alas it’s gone flakey recently.

The freedom of opening any of our favourite browsers at any site (work, home, roaming) and having my bookmarks available is so awesome I’d buy Xmarks if only it wasn’t so flakey - I’ve told them as much!

Worse, Xmarks is now officially being shut down. Aaargh. The only platform, browser agnostic bookmark sync took there was. Seems to me that “bookmark” is just another kind of thing to store aside from “account/password” pairs, and with a slightly different interface to the each browser on each platform, and so something that could build on BitWarden’s core code and competency easily.

If those who are afraid of bloat and never enjoyed the benefits of a consistent set of bookmarks across browsers and platforms are too worried, I can easily imagine it being a parallel product that exploits some of the core code base, and/or is an add-on to the core code base for bitwarden.

What freaks me more than most things in the FOSS world is the overabundance of ego driven go it alone-ness, endless forks, and oversupply of many variants for the same solution. And here with bookmark syncing is almost the opposite problem to me and I would hate to see a form or separate team/product when bookmark and password storing and syncing are such incredibly similar things.

So similar that LastPass bought Xmarks. And yes they are shutting it down, and I can’t know the reasons but can easily speculate other drawing on that fact as alleged proof that mixing the two (password sync and bookmark sync) doesn’t work … but I’ll forestall that and suggest there are pile of possible reasons they are closing it, that have nothing to do with that.

As I pull out of LastPass I’ve let them know that the main reason I didn’t buy premium LastPass and Xmarks years ago is as I told them then, because they don’t take PayPal and I don’t do credit cards on-line. IMHO anyone closing off any common payment means is losing some proportion of prospective customers, most especially in a freemium model such as theirs where happy punters wanting to pay but fining the hurdles bothersome carry on using the free one.

Conversely if BitWarden proves great it’s the sort of project I donate to from time to time, again on condition they take PayPal (the tool I happen to use for on-line payments) or inspire me to adopt another payment tool (Looked at Payoneer once ;-).

Although I understand the concern raised about losing focus on passwords, I have to agree with the core idea here. What’s the difference, really, between a login record with a password and one without?

BW is already very capable of managing. sharing, and syncing all our “logins”. That means it is already great at storing our bookmarks, too.

I use Chrome to manage my bookmarks, but that means I HAVE to use Chrome if I want to see them. If I could bulk import a “bookmarks.html” dump into BW as a separate folder, that would be awesome!

I’d use such a feature as-is, and in time I could see a few special touches to help with the peculiarities of bookmark management. But really the core functionality is already here.

Nobody needs to lose focus to make this happen.

Let me also just add that I don’t think we need some kind of continuous syncing between the extension and the browser’s native bookmarks…that’s bound to become a mess. My support for this idea revolves around the ability to simply store bookmarks (just passwordless logins) within the vault, and perhaps be able to import a standard formatted bookmark list. That’s it.

Let me also just add that I don’t think we need some kind of continuous syncing between the extension and the browser’s native bookmarks…that’s bound to become a mess.

floccus is already doing this well and is also FOSS on github: 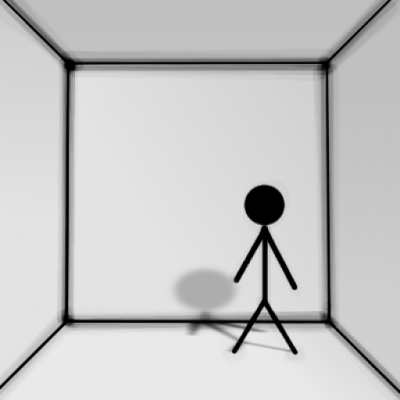 I don’t think that native browser bookmark integration is such a drama really. Admittedly an extra chore, but a solved one give the code is in floccus above and also in: 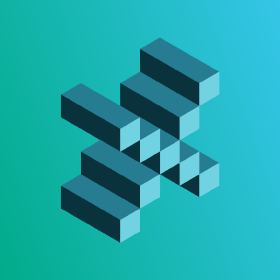 Browser syncing as it should be: secure, anonymous and free! - xBrowserSync

In short not a huge challenge, albeit indeed an extra chore, though unlikely a whole lot more more complicated than the code needed to populate forms on request with username/password etc.

Please no. This is a password manager, we don’t need bookmark syncing functionality. The app as it stands now is clean and light, I think it should stay that way.

The more ‘features’ that are added to this, the more cumbersome the app will become.

The more ‘features’ that are added to this, the more cumbersome the app will become.

While feature creep is indeed a problem to manage in any software project. The wedding of intrinsically similar tools has a great many proponents, myself included, on the basis that the incremental work and weight is far less than the net work and weight of two separate projects that share many core ideals.

And as LastPass clearly felt when it bought and integrated Xmarks these two ideas are closely related. Mutliple platforms, multliple browsers, store URLs, store some extra data. The password manager needs a few special tools, like form fillng and random password generation. The bookmark manager needs a special tool - mapping client bookmarks to the data store. The rest is shared.

Be that as it may, it is subjective will always have jeremiah’s voting one way and Bernd’s the other way, and that is fine. The job of product management if anyone has it individually or as a team is to balance those voices.

Given the code for the leading browsers (Firefox and Chrome) is in place in two FOSS projects already and yes, not write-it-in-your-sleep trivial, also not herculean, just a mapping of a client’s API to a remote API in a sense with the quirks of two leading browsers well understood already it seems.

Anyhow, feel free to object. But in the mean time some of us hope to gather more upvotes for this baby ;-)… Not a rush mind (I’m using floccus on Nextcloud now and it’s fine, just another app, another add-on and other toolbar icon and so on, when the two ideas are closely related).

If BitWarden were to push bookmarks into the browser’s native bookmarks, their security is out of BitWarden’s hands and it would be totally up to your browser security settings. I can’t imagine a security-focused company would take that approach. Instead, I believe the bookmark sync should only work with BitWarden bookmarks that have been created using the BitWarden extension. To browse the bookmarks, you would use the BitWarden extension UI, not the native browser UI. BitWarden should support import/export so that folks can easily push links in or out. Ignoring native browser bookmarks would significantly reduce development costs but more importantly it would ensure that BitWarden bookmarks stay secure.

If BitWarden starts adding insecure features, I’ll start to worry. I think bookmarks would be one way for BitWarden to significantly increase their extension’s value without making a huge initial investment.

I have a lot of bookmarks that I wouldn’t share with others, just like I wouldn’t want anyone to see the URLs for all of my saved BitWarden credentials. Adding bookmarks to BitWarden makes sense to me because I want my bookmarks to stay private and I want them to be in sync across my devices. For example, I have a disorder that carries a social stigma because it’s largely misunderstood and I would feel more comfortable knowing that my related bookmarks were protected by BitWarden, just like my logins and secure notes. This is especially important when using work laptops that backup Chrome and whatnot by pushing down enterprise policies.

I get it, some people don’t see the need, but I believe there are a lot of folks like me that would take advantage of a feature like this.

I would assume that by default Bitwarden bookmarks wouldn’t directly sync with browser bookmarks. But both having it as an option and directly exporting Bitwarden bookmarks to browser bookmarks would be perfectly reasonable features.
And before any more mention of it being insecure takes place, it’s no more insecure than being able to export your password data to a file, such as to take it to another service. It’s a more-than-reasonable sacrifice in security in the name of openness and fair competition. (This itself is a security feature, actually.) I do agree, however, that syncing with your browser by default would be unacceptable.

For me it is clear this should not be part of Bitwarden but a new totally different product. They could share most of the core code base but it should be a separate thing.

To me, this seems out of scope for Bitwarden.

Perhaps there could be a modular approach to add in the bookmark functionality so that people dont get all uptight about feature creep.
Obviously there is a desire to sync bookmarks between devices. I like the idea of being able to import my bookmarks and then overlay the browsers add to bookmark shortcut to add into bitwardens bookmark store.
Remember kids, not every page has a password and the way entries are organized in bitwarden does not map very well to the standard use case of a bookmark manager.
Also, why do you care so much if I want my bookmarks in my vault? Its just weird.