Changing multiple passwords in a loop

This proposal is not an easy read and should be of interest only to folks that want to use bitwarden to change passwords in a relatively large collection, using bitwarden reports. Based on amount of interest, I could subsequently improve this proposal.

Using the Bitwarden Reports service it is straightforward to change all passports affected by a break somewhere, or all instances of using the same password at multiple sites. In the following text I am explaining how this process can be further improved:

I had 135 reused passwords - reported as shown on the screenshot “Dialog A” below. The workflow I am proposing is 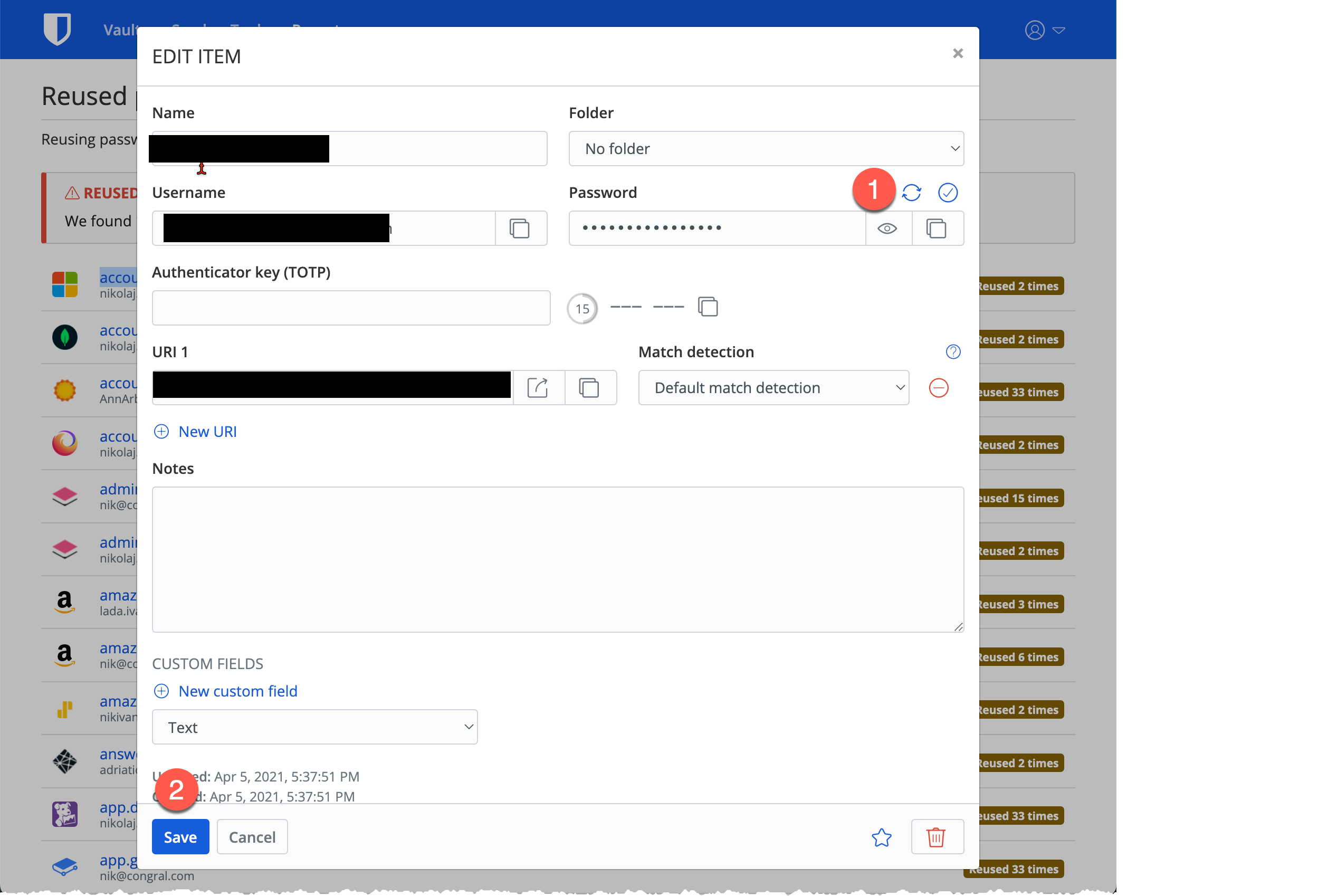 Repeating these two clicks for each item stating reuse of the same password will result in updating the passwords that are used multiple times, in Bitwarden vault.

Now, the problem is that each click on the "Save" button, advances the loop to the next item, so once you changed all passwords - they are all saved in Bitwarden's vault only. In order to also change them at all relevant sites, the list of all such sites is gone.

To address this situation, I propose a change in Bitwarden response to each click on the "Save" button on the "Dialog A": Instead of advancing to the next item that requires the password change, "Dialog A" should change to "Dialog B" as rendered below: 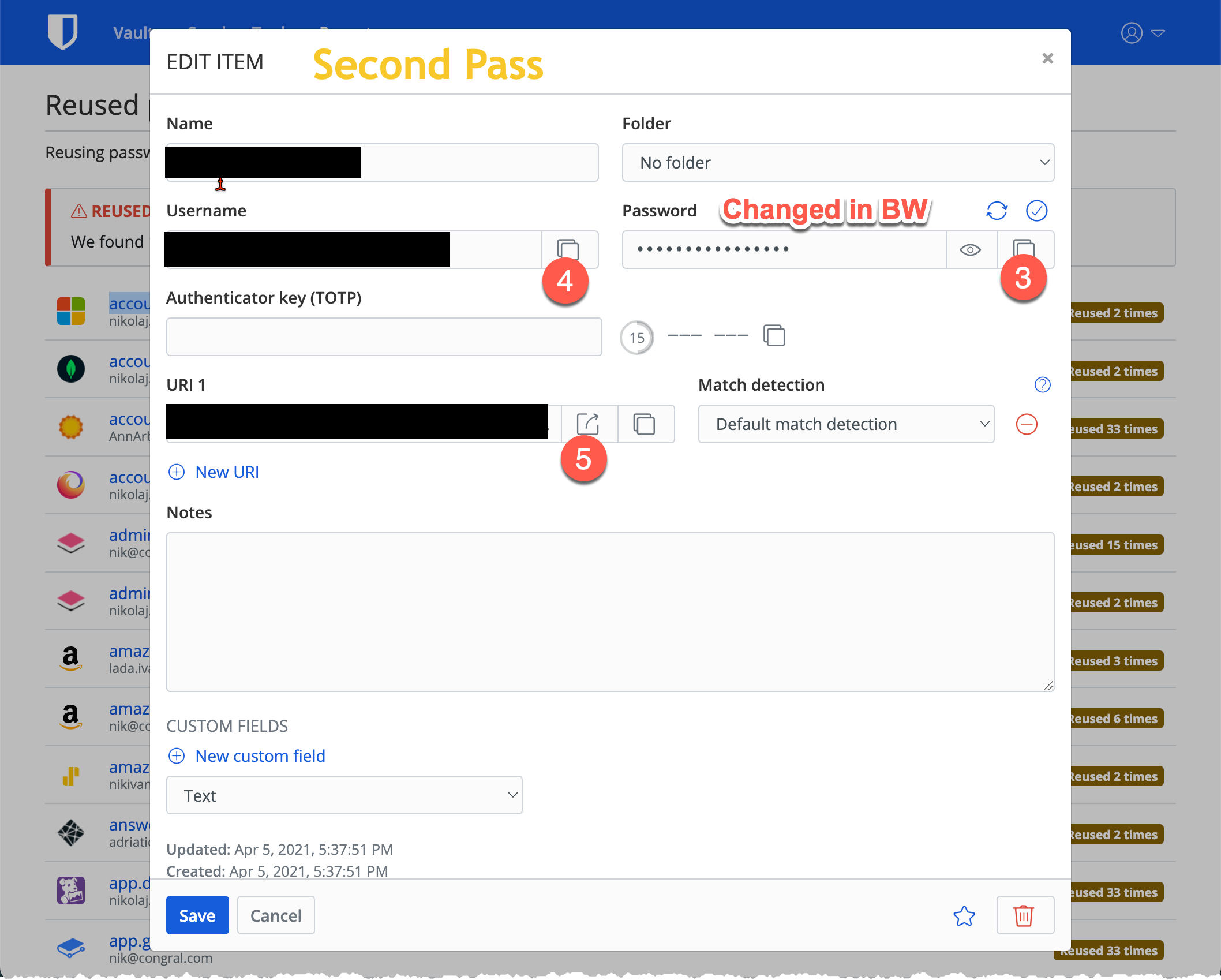 
Note that Dialog B contains the same data as Dialog A and the workflow continues as:

Hey @adriatic not related to your request, but you should not share screenshots that shows your username, neither reveal the services you use. These are pieces of the puzzle for a hacker.

Hey @adriatic I removed the images for now so that you can block out the email before reposting, I added two placeholders IMG placeholder where the images were.

This should be obvious to anyone; I am having a dumb day, likely.

A bit better explanation: the account used in the example in my post is not a real account (I deleted it after creating the screenshots, trying to make the example as real as possible). The two nice people that warned me not to do that, made me realize that I could initiate a hacking attempt - so I edited the screenshots

I am changing these images as I type this. Thanks for saving me.

Ah, thanks for clarification @adriatic