When I have the Nord/Dark theme on in the desktop app, the Bitwarden icon still has the same color scheme. Seems like there should be some color change to match the theme.

the Bitwarden icon still has the same color scheme.

I thought it had blue/white original theme icon?

Yup, I was saying that even if I have the Nord/Dark theme on, it still has the default blue/white theme icon, sorry if I wasn’t too clear.

To match the Nord/Dark theme, I’m suggesting it should be more of a black/white theme icon. That would also make it look better on the Windows 10 tray too.

I just noticed that there’s already a logo with a black/grey icon on the desktop app. That would look nice as the taskbar/tray icon. 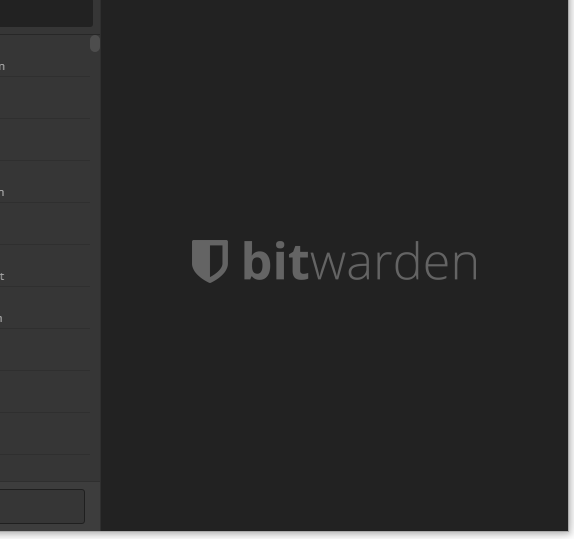 Yeah, that’s based on the logo library.

Talking about that, for some reason I thought that BW’s icon persisted on the notification bar of Android, but on my device it only shows as colored full text notification. No persistent adaptable icons at this time. That happened with LP, when I used it before, though.

But I believe the final word is with Kyle. He can probably do that change later, but I won’t say it’s now or never. ¯_(ツ)_/¯